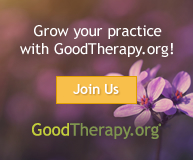 What are Cognitive Distortions?

A person's thoughts and beliefs—whether they're accurate or not—play a major role in determining how they feel. For example, thoughts of a disaster occuring can create feelings of anxiety, even if that disaster is extremely unlikely.

Patterns of negative irrational thoughts are called cognitive distortions. These thoughts lack evidence, and tend to have a negative slant (e.g. seeing only the bad side of something, or the worst possible outcomes). Everyone has some cognitive distortions, but they start to become a problem when they are too frequent or too intense. In these cases, they can contribute to problems such as depression and anxiety.