A token economy is just a reward system that uses a form of fake currency, such as stickers or points. Teaching a parent to create an effective token economy for their child can result in a quick and significant improvement in their behavior. Even when children't aren't

Parents who are struggling to make their reward systems work effectively will benefit from the tips in the Creating a Token Economy worksheet. Seemingly minor pitfalls, such as not following through with rewards in a timely manner, poorly defined goals, or failing to follow through with promises, will totally erase any benefits of a reward system. Be sure to work closely with a parent to troubleshoot any problems. 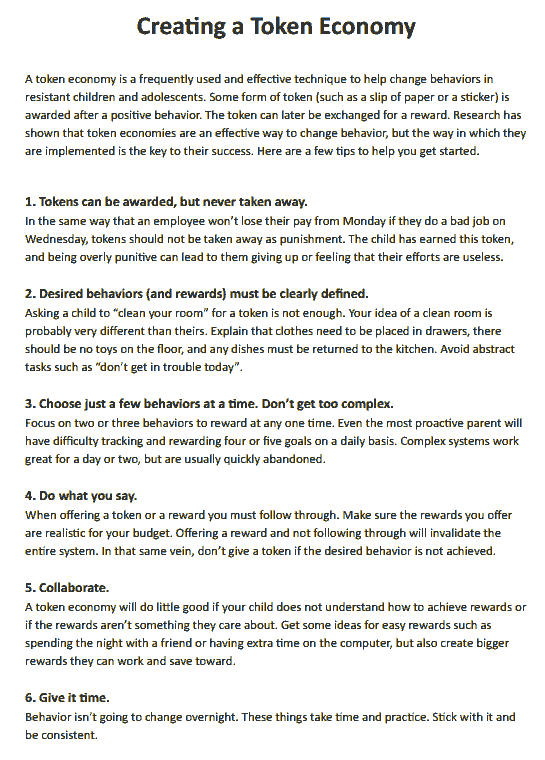