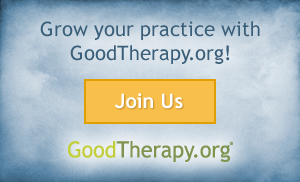 In psychotherapy, clinicians use Socratic questioning to help their clients examine the evidence and logic behind their beliefs. This examination encourages clients to identify and challenge thoughts that are irrational or harmful.

Socratic questioning is a general technique that may be used in many forms of psychotherapy. In this guide we focus on its use in cognitive behavioral therapy (CBT). However, many of the skills are transferrable to other therapeutic approaches.

Identify a Thought to Target

During therapy, many different distressing or maladaptive thoughts may come to the surface. To use Socratic questioning effectively, it’s important to focus on one thought at a time, rather than trying to address several thoughts at once.

To identify an important thought, look for changes in affect, or ask your client what thought is most important to them.

Sudden changes in facial expression, body language, or tone of voice may signal an important thought. When you notice a change in affect, pause the conversation and dig deeper to learn what triggered the change.

Therapist: I just noticed a sudden change in your demeanor. A moment ago, you had a big smile on your face. But then, when I asked about school, your face clouded over, and you looked really upset. What thought was going through your mind in that moment?

Instead of guessing which thought is most important, or assuming you know... just ask! It may help to offer a list of thoughts your client has shared, and encourage them to choose one.

Therapist: We’ve talked about how your depression leads to thoughts such as “I’m worthless,” and “I’ll never make it as a teacher.” What thought would you say is most distressing for you?

Explore the Evidence for the Thought

Before attempting to challenge a thought, it’s important to understand your client’s point of view. How strongly held is their thought? What experiences do they view as evidence? During exploration, you will focus on showing empathy and listening with an open mind.

Tip: It might be tempting to begin challenging harmful beliefs right away—especially if the evidence seems shaky. However, the goal at this stage is only to understand. Focus on listening non-judgmentally, showing empathy, and validating feelings, rather than fixing problems.

After exploring the evidence for a maladaptive thought, the next step is to challenge it.

Using Socratic questions, you will encourage your client to view their thought objectively. This is achieved by examining the evidence for a belief, considering alternate explanations, and identifying unfounded assumptions.

As a clinician, your goal continues to be understanding. However, you may begin asking questions that encourage your client to examine their evidence more critically or take new perspectives. Whenever your client presents evidence for their thought, use Socratic questioning to delve deeper. Are cognitive distortions influencing this evidence? Is this evidence based on facts that most people would agree with?

Remember that the thought you are exploring is likely to be deeply ingrained in how your client sees themselves or the world. It’s normal for Socratic questioning to be a gradual process.

After successfully challenging a thought, the next step is to create a new, rational, and adaptive thought to take its place.

As old evidence is examined and challenged, a new thought will begin to form. The goal during this stage is to make sure the new thought is adaptive and rational. This is achieved by reviewing the valid evidence and synthesizing it into a few sentences.

Adopting a new belief that is honest and accurate will lead to a thought that is durable. It will stand up to new evidence, rather than being undermined by future experiences.

Before adopting a new thought, it is helpful to summarize the evidence discussed up to this point. During this process, you and the client should review all the evidence—not just evidence that’s positive. The goal is to develop an accurate and honest representation of the facts, rather than something that is all good or bad. Adopting a new belief that is honest and accurate will lead to a thought that is durable. It will stand up to new evidence, rather than being undermined by future experiences.

Before moving on, the client should be fully on-board with the new belief, and able to summarize the information in their own words.

Once the evidence has been summarized, the next step is boiling it down to a single thought. The new thought should be rational, truthful, and no more than a few sentences long. Your client must be in full agreement with the new thought, and it should replace the old maladaptive thought.

Even after completing Socratic questioning, there’s still work to be done. Your client may find that the old maladaptive thought still sneaks in from time-to-time. Or, the new adaptive thought might require further reinforcement, such as through behavioral experiments or other strategies.

Some tools that can be useful following Socratic questioning include:

To learn more about Socratic questioning, check out this very useful resource: